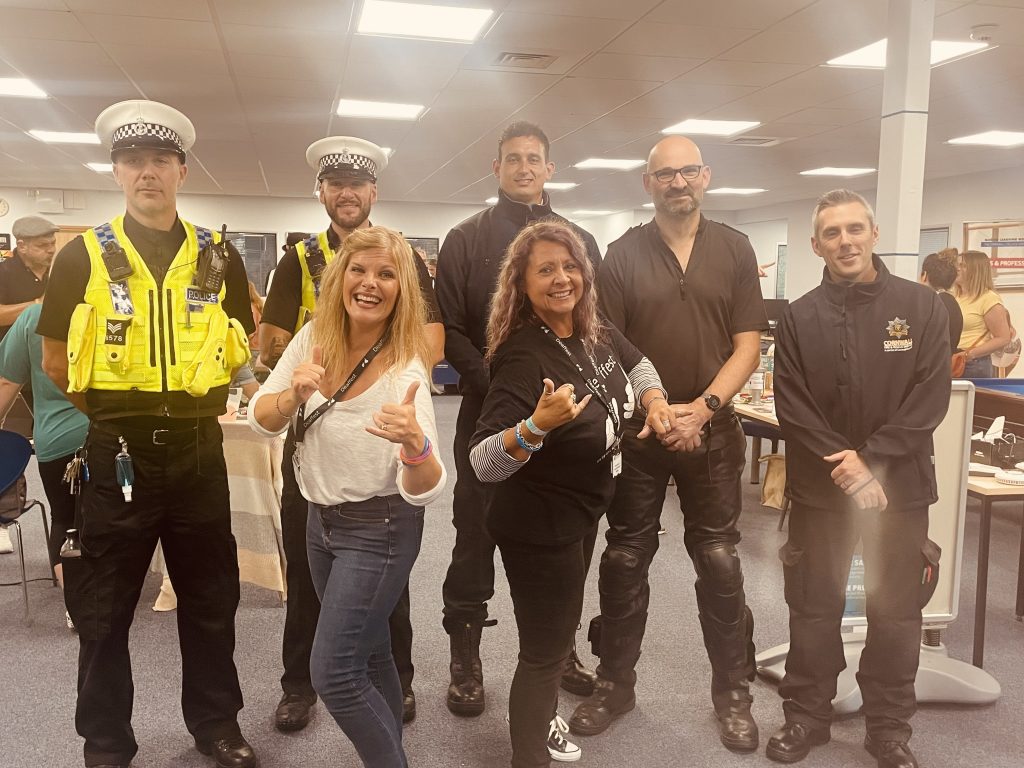 This September saw the return of Cornwall Mini Deaffest for the 2nd festival at the Cornwall College in St. Austell. 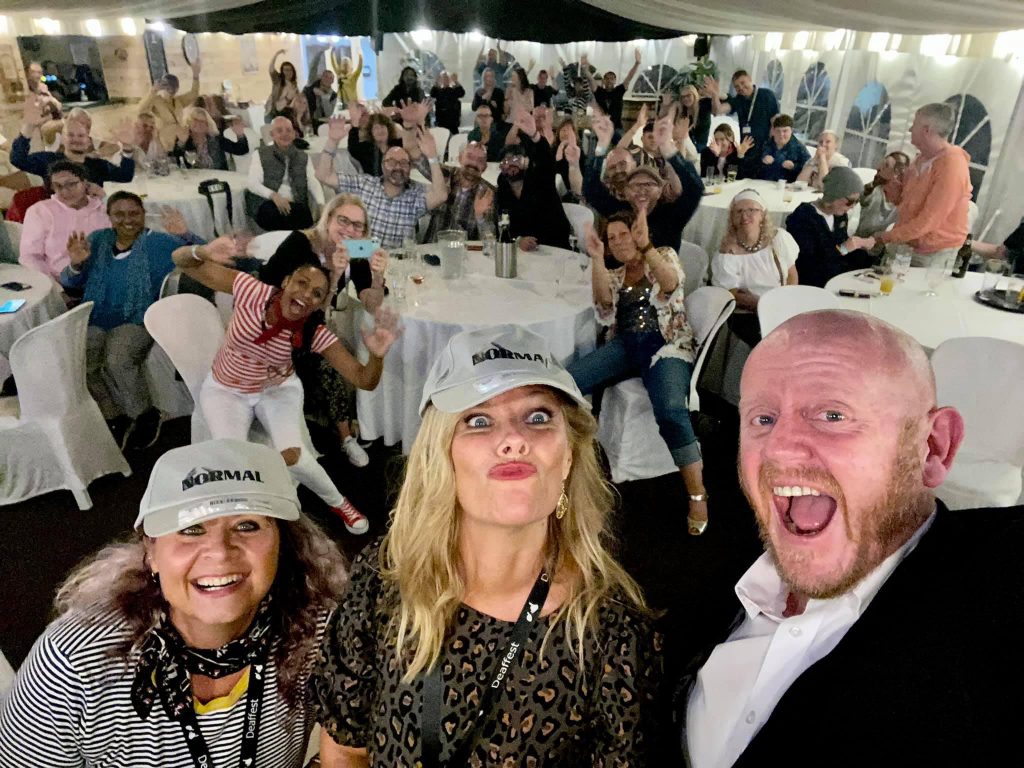 The event began with an informal social gathering in Charlestown. The next day at the college there were stalls, children’s activities and workshops presented by the Devon and Cornwall Police, comedian John Smith and actress and presenter Donna Mullings. The evening concluded with screenings of five films made by deaf artists and directors.

Devon & Cornwall Police who sponsored the event, kindly brought along a Lotus police car, motorcycle and working police car and the children attending had lots of fun exploring them along with the fire engine which was also brought along.

Deputy Mayor of St Austell Andrea Lanxon was also present, and spent time browsing around and gave a presentation before the screenings. A video of the St. Austell Mayor Richard Pears was played, who even though he was unavailable to physically attend the festival still made the time and effort to be a part of it.

An entertainment night at the Britannia Inn in Par with well-known Deaf Comedian John Smith along with an actress Donna Mullings, who were great together.  The following morning the even closed as attendees gathered for a beach clean at Carlyon Bay on the Sunday with Surfers Against Sewage.

“We are so pleased to of been able to achieve another CMD festival which was arranged in a short time after being postponed,” says organiser Marilyn Wildrich, who co-founded Deafest. “It was a great experience for those who have not met deaf role models before and the children loved the workshops. The feedback we received was really positive and we want to wholeheartedly thank those that attended and to all the those who made it happen. Roll on the next one!”

You can find out more here: